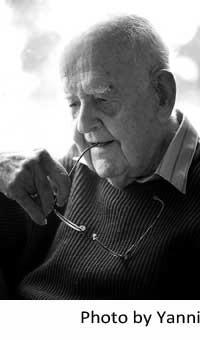 Don Charlwood was born in Melbourne in 1915 and grew up in Frankston. He joined the RAAF in 1940, and his wartime experience and subsequent career in air-traffic control took him throughout Australia, and to New Guinea, the United Kingdom and Canada. Among Don’s many books are his acclaimed debut, No Moon Tonight (1956), an account of his time with Bomber Command, and a two-volume autobiography.

Don was made a Member of the Order of Australia for services to literature in 1992. He died in June 2012, shortly before the Text Classic edition of All the Green Year was published.