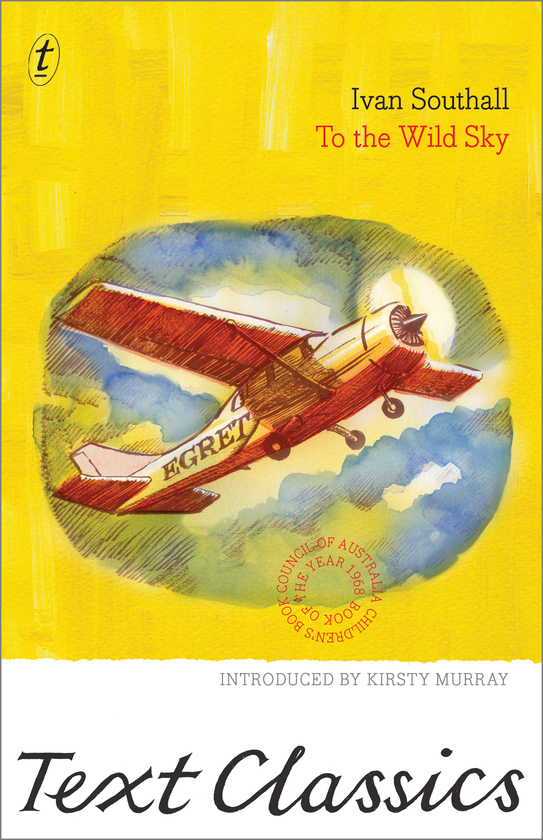 To the Wild Sky

No one had talked about fuel; what was the use of talking, anyway? But they all knew that engines which run on fuel have to run out of fuel sometime, and that the Egret just couldn’t keep on going for ever. They seemed to have been sitting in this plane, imprisoned, for days, waiting to die. Gerald just flew on and on as though he wanted to fly away to another world, almost as though he didn’t want to go down, almost as though he didn’t know how to go down.

When the Egret’s pilot dies suddenly mid-flight six teenagers, the only passengers on board, face a terrifying situation. Gerald has had some flying lessons, but he has never flown alone, and he has never landed a plane. Lost and afraid, they fly on as the fuel gauge drops and night closes in. Will they find a clear landing place? Could they land in the sea? If they do somehow land safely how will they find their way back to civilisation?

Ivan Southall’s To the Wild Sky is a breathtaking adventure—real kids facing a very real danger with no one but themselves to rely on.