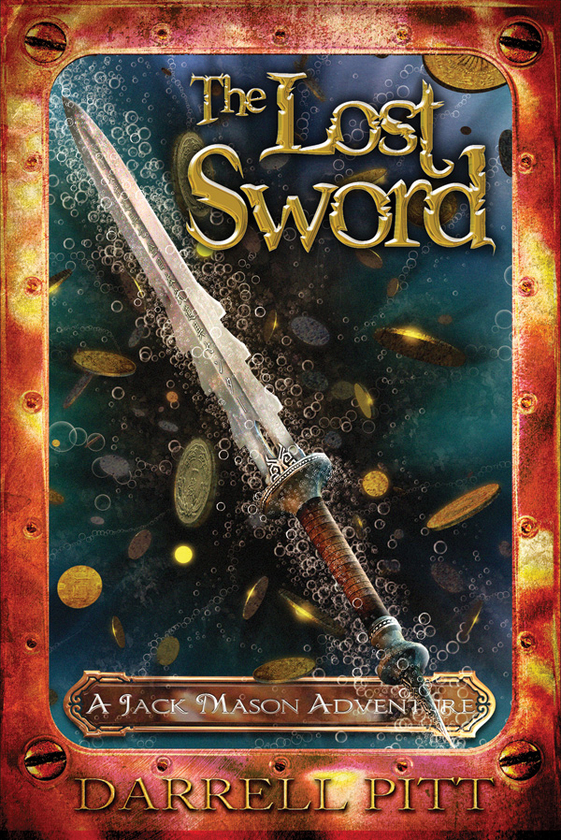 As the dark clouds of another war loom, Jack, Scarlet and Mr Doyle travel from grimy streets of London to neon-bright metropolis of Tokyo.

They’re on a mission for the British government: to locate the Kusanagi sword, an ancient relic believed to have magical powers. If they can find the sword, the Emperor of Japan promises to keep the peace between his nation and the allies.

But in Tokyo, they soon discover that the Nazis are after the sword, too. And they will stop at nothing for world domination—putting the team’s lives in terrible danger.

Read a review at ReadPlus.

‘Charming, witty…this series no doubt will be a huge hit for early teens, the writing is intelligent and Darrell Pitt has created characters that challenge and provoke readers to invest in the storyline.’

Diva Booknerd on The Firebird Mystery

ReadPlus on The Secret Abyss

Fictional Thoughts on The Broken Sun

‘The fast pace and twists in the plot will keep [readers] hanging on the edge of their seat…The Lost Sword is an enjoyable read.’

‘Packed with action and narrow escapes, never dull or predictable.’