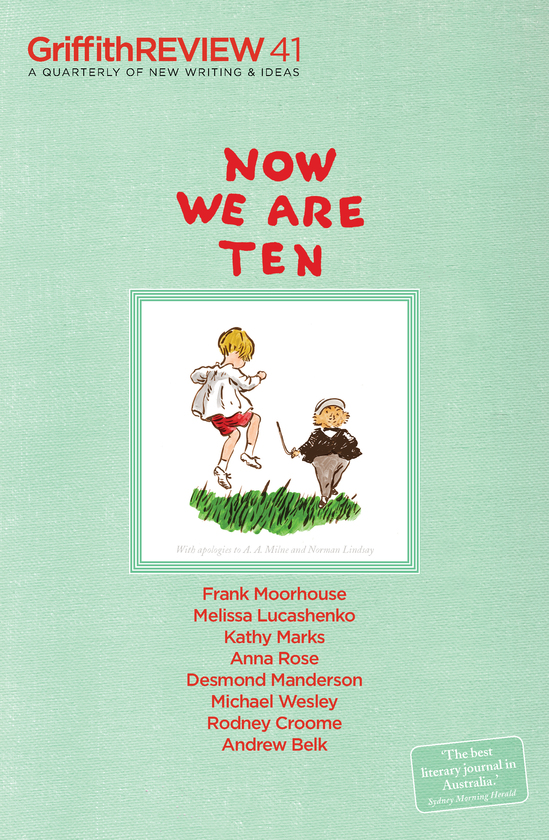 Griffith REVIEW 41: Now We Are Ten

Melissa Lucashenko’s ‘Sinking Below Sight: Down and out in Brisbane and Logan’, detailing urban poverty in the area known as the ‘Black Belt’, won the 2013 Walkley Award for a long feature.

Over its first decade Griffith REVIEW has had an uncanny ability to anticipate emerging trends. In this anniversary edition the insights from the past will inform a forward-looking agenda, explored with flair and literary panache.

Frank Moorhouse reconsiders the proliferation of surveillance, Melissa Lucashenko observes up close what life is like being poor in a rich country, Kathy Marks describes how western Sydney has become a metaphor for a changing nation, Anna Rose anticipates how change might occur, Desmond Manderson draws parallels between the war on drugs and treatment of refugees, Michael Wesley tests what an Asian century might really mean, Rodney Croome argues that belonging will define the next decade, Andrew Belk explores the price of flying in and flying out—and more.

Now We Are Ten offers powerful insights into the challenges of the next ten years on the eve of the federal election. 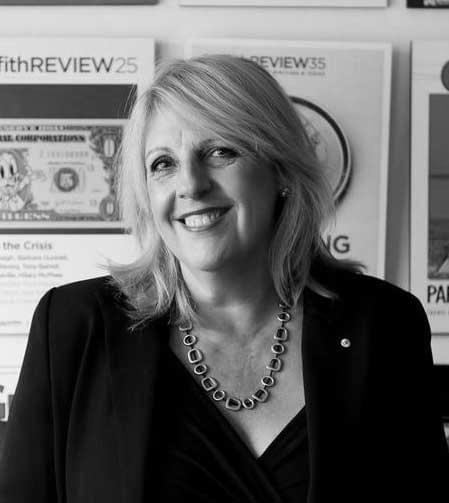 Julianne Schultz AM FAHA is the founding editor of Griffith Review, the award-winning literary and public affairs quarterly journal.

‘Griffith REVIEW, under the editorship of Julianne Schultz, just keeps getting better and better.’

‘Griffith REVIEW is a wonderful journal. It’s pretty much setting the agenda in Australia and fighting way above its weight.’

‘Of all the small magazines in this country, Griffith REVIEW is the one that’s essential reading.’

‘At a time when long form journalism is under threat and the voices in our public debate are often off-puttingly condescending, hectoring and discordant, this is the elegant alternative.’