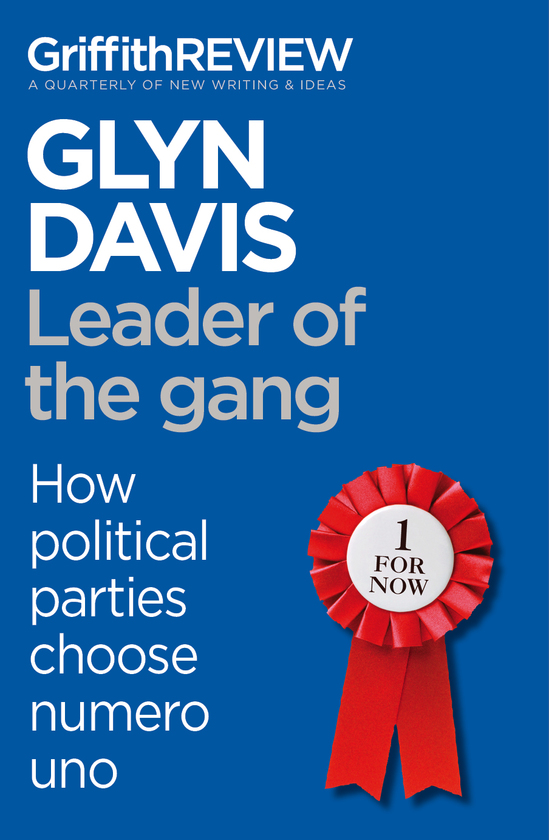 Glyn Davis, professor of political science and vice-chancellor of Melbourne University, argues that there are more similarities between street gangs than business enterprises. He reviews the history of the leadership turbulence that besets both sides of Australian politics through this prism and reaches some worrying conclusions.

For years Professor Davis, formerly Queensland’s most senior public servant, worked closely with premiers and prime ministers and understands the ruthless and unforgiving nature of a system in which office is held by party room consent - but depends on an unpredictable set of factors, and means that sometimes the party prefers a daredevil, but at other times it is a desperado, puritan, muscles or brain who can do the job. There are no certainties, alliances are tenuous.

‘Leader of The Gang’ provides insights for everyone interested in the fragile bargain that makes and breaks political leaders.

‘Glyn Davis discovers that the secrets of how political leaders take and hold power in Australia…can be found not by looking at conventional models of leadership,but at the behaviour of street gangs. Refreshingly original,compelling, provocative and ultimately troubling.’ Michael Gordon, National Editor, Age

Glyn Davis is a professor of political science and Vice-Chancellor at the University of Melbourne.