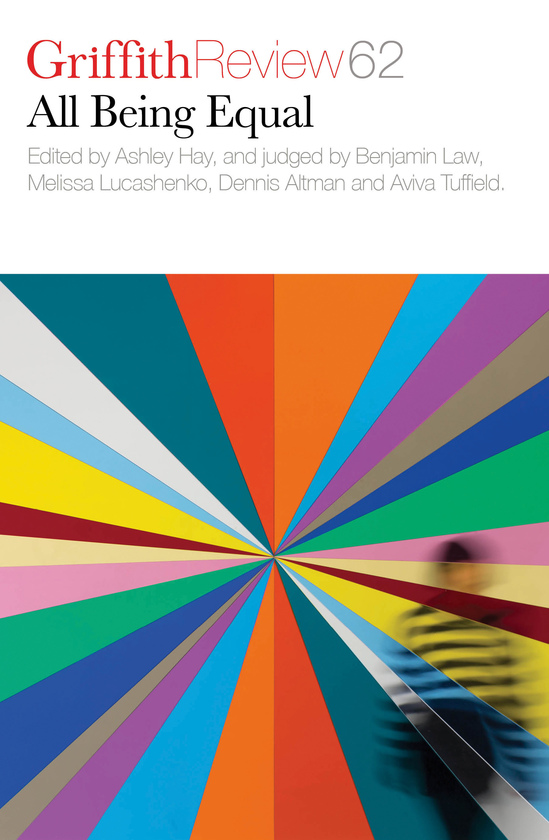 Griffith Review 62: All Being Equal – The Novella Project VI

Late last year, after a decade of what was at times a bitter and divisive debate, Australians made it clear that their understanding of equality included formal recognition of the most intimate relationships. The parliament responded to the voice of the people and passed legislation to allow same-sex marriage. A year on, Griffith Review 62: All Being Equal – The Novella Project VI investigates what this means: is it a sign of a new-found appetite for equality? The primacy of love and family? A measure of a flawed political process? Or the mark of a new approach to political decision-making?

Judged by Benjamin Law, Melissa Lucashenko, Dennis Altman and Aviva Tuffield, this edition features works of both fiction and creative non-fiction. All Being Equal explores the texture of equality in all its forms, bringing to life the big issues in the national narrative and the stories around them.

This edition of Griffith Review is supported by the Copyright Agency Cultural Fund.

Ashley Hay is a novelist, essayist and editor of Griffith Review.